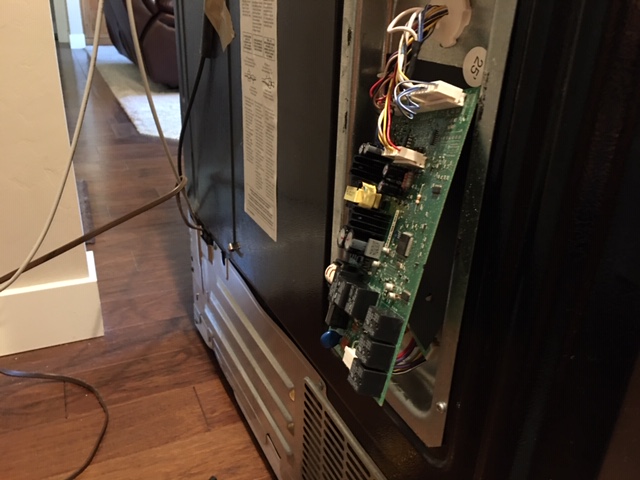 This picture shows a refrigerator control board that was replaced due a problem with the automatic defrost-cycle.

Frozen condensation can be described as a very thin layer of frost or ice that is evident in the Freezer.  It can be seen on the shelves, on or around the icemaker, or on food.  Sometimes it is also evident in the lower part fresh food shelves.  Not as often though.

Frozen condensation or ice occurs because there is moisture being introduced into the freezer compartment, whether through an automatic defrost cycle or the door is left open.

When the refrigerator or freezer door is left open or the door is no sealing properly ambient air enters the freezer.  Since room air contains the moisture the water will condensate on the freezer food, shelves, evaporator, or walls due to the temperature differences.

A blocked defrost drain will also cause condensation. 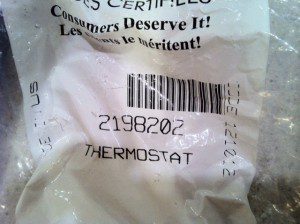 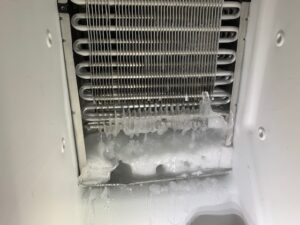 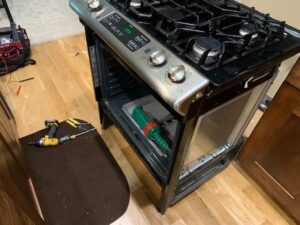 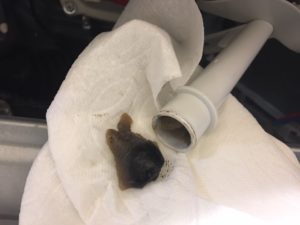 Serving Meridian, Boise, Eagle and Kuna Idaho with quality appliance repairs for over 30 years!  When you need your appliance repaired right the first time and fast, call Western Appliance Repair.

We Accept All Major Credit Cards