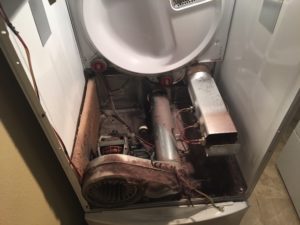 Excessive lint in the lint trap.

I’ve been guilty of this myself and as I’m writing this I have a lint trap in my dryer that hasn’t been cleaned out in the last two load cycles.  Yes, I know, you would think that an appliance repairman would know better but I make the same mistakes as many of the Boise customers I see day to day.  I will clean it out when I finish writing this article.  Haha.

Here is why it is so important.  When the lint screen is filled with lint it can stop the air circulation in the dryer dramatically.  If it’s bad enough it can stop the air flow one hundred percent, which I’ve seen.   I did a job for a customer a long time ago in Boise, who had a problem with squeaky noises.  I completed the job and was called back two weeks later by a customer asking me what I had done to their dryer and that it was burning up.  Confused as I was, since I knew I didn’t touch the heater element or wiring, I went out and found the lint screen clogged with a layer of lint about an inch this  Wow!!  This was the problem.  There was no air flow and the dryer was burning up.  Cleaning the lint screen fixed the problem. 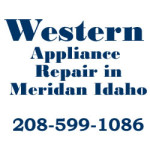